The City of Newcastle is detailing development priorities as it forecasts a 25 per cent boost to its population, stimulating demand for 19,450 new homes. 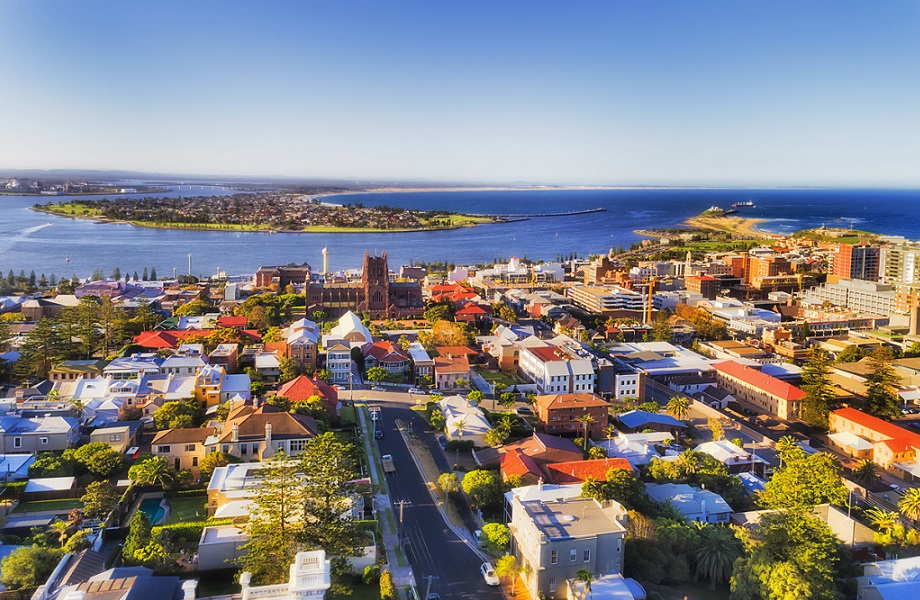 In recent activity, Marprop snapped up $35.3 million in office stock, an approved site for 74 units is about to go to auction and appeals were recently made on a $63 million apartment development at the former NBN television studio site.

City of Newcastle is currently seeking feedback on a number masterplans and strategies to move the city forward post-pandemic.

Councillor Peta Winney-Baartz said the council wants to have a clear set of short, medium and long-term goals based on priorities.

This includes the development of an affordable housing policy, housing diversification and sustainability.

“Newcastle’s residential areas are experiencing growth and change. It is vital that we provide a path to more affordable and diverse housing types, while complementing the city’s heritage and character,” Winney-Baartz said.

▲ The former NBN Television studios in Newcastle could become the site of a multi-dwelling residential development.

Crescent Newcastle has lodged $67.3 million plans for 172 dwellings in the city’s “San Fransican” suburb, The Hill, which will now go to the NSW Land and Environment Court.

According to council, suburb is known for its Californian feel, with a number of large heritage houses and streets running down to the harbour.

However, there has been strong opposition to the proposed development at 11-17 Mosbri Crescent, The Hill, opposite Newcastle East Public School and beside Arcadia Park.

Currently on the 1.22-hectare block is a large industrial and commercial building that housed the 1961-built former NBN television studio building, which would be demolished for the residential development.

The developer also requires a variation in the height restriction for the area to build 161 units across three flat buildings up to eight storeys and 11 townhouses on the site, designed by Marchese Partners.

More than 200 submissions on the property cited concerns on topics including the clearing of vegetation at the public park, improving fire safety, increased traffic constraints and height objections.

The appeal is expected to go to court in February 2021.

Sydney-based investor and funds manager Marprop has snapped up neighbouring buildings for $35.3 million in Newcastle’s CBD.

The buildings at 51-61 Bolton Street were sold on behalf of private syndicator Eagle Property Group after it secured a new 15-year lease to the federal government across 56 per cent of the total space.

The Bolton Street buildings have a total lettable area of 6,142sq m and include 85 car spaces.

They are 100 per cent occupied and offer a weighted average lease expiry of 8.7 years, including the federal government lease for the Newcastle Family Law Courts.

Based on the net passing income, the sale was transacted an initial yield of 6.5 per cent, and was negotiated by CBRE’s Scott Gray-Spencer and Jack Morrison in conjunction with Commercial Collective’s Matt Kearney.

Gray-Spencer added the evolving Newcastle CBD location had been another buyer drawcard, with several development projects taking place in the immediate vicinity, including Doma Group’s $200 million The Store project.

▲ The approved development application at 20 Denison Street in Newcastle’s West End is a selling point of the property.

A site at the core of Newcastle’s business district with an approved application for a 20-storey building will go to auction at the end of the month.

The site has been subject to multiple development applications over the years including 58 units in 2017 and 26 units in 2004.

Ray White listed the 1,636sq m former service station site which is currently being used for a car rental company.

Please complete the form below for more information.